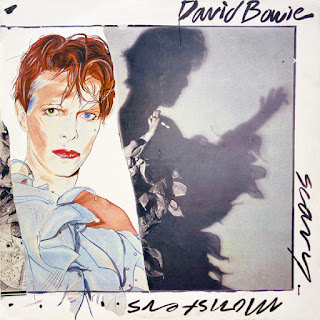 Ok, on to our first classic album, which is "Scary Monsters (And Super Creeps) by David Bowie, this is our favourite Bowie album and is a solid album from start to end, it was released in September 1980 and reached number 1 in the UK albums chart. The album included the singles "Ashes To Ashes", "Up The Hill Backwards", "Fashion" and of course the title track "Scary Monsters (And Super Creeps)".

Our track recommendations are the singles listed above, with the exception of "Fashion" (rated good not outstanding). The album contains no tracks we hate.

The album is available from Amazon here
Posted by White Lion Radio Podcasts at 01:22