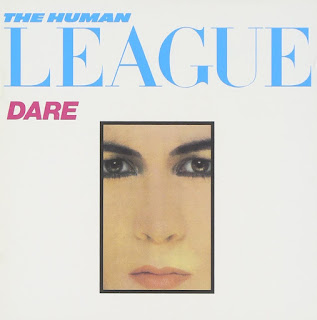 For todays classic album, we go back to 1981 and an album most electronic/synthpop lovers will, I am sure, have in their music collection, it is of course "Dare" by The Human League, which was released in 1981 and reached number 1 in the UK album chart. This album was the first under the new version of the band led by Phil Oakey, following an acrimonious split with other founder members Martyn Ware and Ian Craig Marsh. The album featured 4 brilliant singles, "The Sound Of The Crowd", "Love Action (I Believe In Love", "Open Your Heart" and the number one single "Don't You Want Me".

Regarded by many as the ultimate synthpop album and rightly so, our track recommendations are all 4 singles, as well as, the tracks "Darkness" and "Do Or Die". There are no tracks that we dislike, almost pop perfection.

The album is available for under £4 from Amazon here
Posted by White Lion Radio Podcasts at 01:33