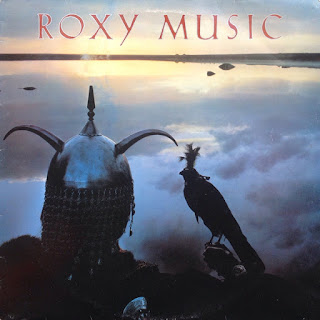 Today's album under the microscope, is "Avalon" by Roxy Music. Now Roxy Music I never really got into, one of the main reasons is because I loathe the saxophone, an instrument I have always hated and Roxy Music used it quite a lot on "Avalon" and "Flesh + Blood".

Prior to the album being released, "More Than This" was released as a single in April 1982, and reached number 6 in the UK Singles chart, this is a track I do like, despite the saxophone creeping in here and there.

The album was released in May 1982, when Roxy Music were at their height of fame. The album was a huge success and reached Number 1 all over Europe, including here in the UK, if I remember correctly I didn't buy this album for quite a while and actually bought "Flesh + Blood" at the same time, undoubtably their best albums.

If I am honest, I rarely listen to either of the Roxy Music albums I own, some tracks have stood the test of time well, whilst others haven't, so it's an album I can take or leave.

Our track recommendations for this album, are a bit thin on the ground, and i would have to go for the singles "More Than This" and "Avalon". There is only one track on the album I really dislike and that is the track "Tara".

The album is available from Amazon for just over £5 here
Posted by White Lion Radio Podcasts at 08:57