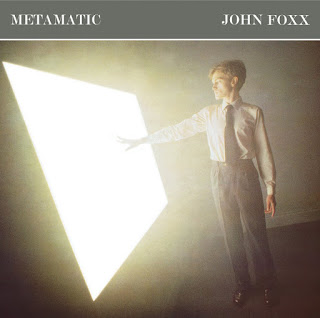 Today we turn to 1980 and the debut solo album by ex Ultravox front man John Foxx, called "Metamatic". An album that still remains cold and clinical today in a positive way. Clearly John wanted to go into a more electronic direction than the rest of Ultravox wanted too, and as such he left the band. The fact that Ultravox were dropped from their record label didn't help either. Was it a good move?, well yes, I would say. "Metamatic" is an album I listen to on a regular basis and I believe no one has released an album quite like it since.

The minmal approach to this album I have always found fascinating and the songs are well crafted.

Our track recommendations are the 2 singles mentioned above, as well as, "Plaza" and "He's A Liquid". If you have this album in your collection and have listened to it for a while, dig it out, as you will be surprised at how good it is.

The album is available from Amazon here
Posted by White Lion Radio Podcasts at 01:41