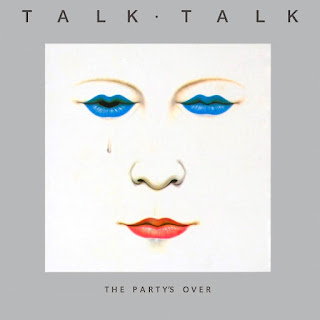 For todays classic album, we go back to 1982 and the debut album by Talk Talk, called "The Party's Over". Talk Talk were a very underrated band and this album demonstrates why. It is a true synthpop classic with not a single weak track on the album.

Our track recommendations are the the tracks "Today", "It's So Serious" and "Another Word". All the tracks on the album we rate as 3 (Outstanding) or 2 (Good). Pretty much a flawless album and if you don't have it in your music collection, get it, you won't be disappointed.
Surprisingly this album only made number 21 in the UK albums chart.

The album is available from Amazon here
Posted by White Lion Radio Podcasts at 01:29