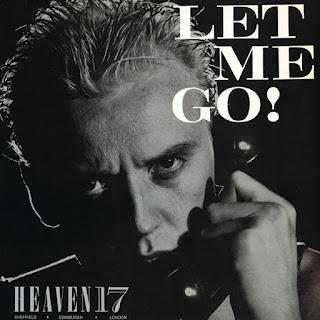 Heaven 17 have always been a bit hit and miss for me, their debut album had some good songs on it, but the album “The Luxury Gap” was on another level, beautifully produced and quality tracks from start to finish, the jewel in the crown is undoubtedly the single “Let Me Go” and the 12 Inch Vinyl version extends the track perfectly, with that instantly recognizable Bass-Line, quite possibly one of the greatest ever Bass riffs from the 80s, it is what made the song.

It was released in 1982 and unbelievably only reached Number 41 in the UK Singles chart, which I find astounding.

You can find the 12 Inch version of “Let Me Go” on this edition of “The Luxury Gap”, which also features some of the other 12 inch mixes that were released, for under £6 from Amazon here: