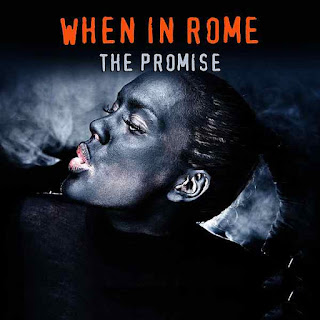 When In Rome - Promise (Coliseum Mix)

This is another one of those singles that should have done a lot better than it did, after the success of “The Promise” the band disappeared into the ether! They did release another very good track “Heaven Knows” but that didn’t dent the charts at all.

The Coliseum Mix of “The Promise” is an outstanding mix, superbly produced and sounds very powerful, especially the drums and rhythm section, it wasn’t the “A” side of the 12 Inch it was track 1 on the B Side. The “A” side featured the O.N Mix, which was also an extended version, the other track on the flipside was a Dub Version of “The Promise”.

The single was released in 1987 and only made Number 58, in the states it did much better, reaching Number 11 in the Billboard Hot 100.

I was lucky enough to do an interview with Clive Farrington, the lead singer of When In Rome for a Radio Podcast and what a top fella he is and he is still doing concerts as part of the UK version of When In Rome.

This is not the easiest of remixes to track down, however, you can get it from Amazon as a Digital Download for 99p here: