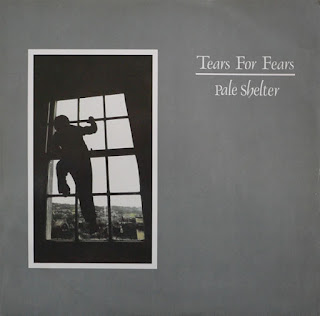 The first 2 albums by Tears For Fears, “The Hurting” and “Songs From The Big Chair” were both solid albums, I didn’t like every track but when they hit form, boy were they good. I lost interest in their music when they released “Sowing The Seeds Of Love”. They are a band who have always been unsure what direction to take their music.

The singles released off “The Hurting” were brilliant, how “Suffer The Children” wasn’t a massive hit I will never know, “Mad World” was the first single of theirs I bought, that was followed by “Pale Shelter” and “Change”, surprised they never released a 12 Inch Mix of “Mad World”, I would have loved to hear that in extended format, they more than made up for it with the release of the 12 Inch of “Pale Shelter”, from the moment the intro of acoustic guitars starts this song develops superbly, a great mix of electronics and guitar.

What is interesting about this song is that it was originally released before it was a hit, the original version, was called, "Pale Shelter (You Don't Give Me Love)" and was released in 1982 but failed to chart.

The new re-recorded version was released in 1983 and reached Number 5 in the UK Singles Chart. The 12 Inch Vinyl Version featured an extended version of “Pale Shelter”, on the flip side was the album version of the track and and early version of “We Are Broken”, which would later appear on the album “Songs From The Big Chair”.

You can find the Extended Version of “Pale Shelter” on a special Edition of the album “The Hurting”, which is available from Amazon for under £6 here: