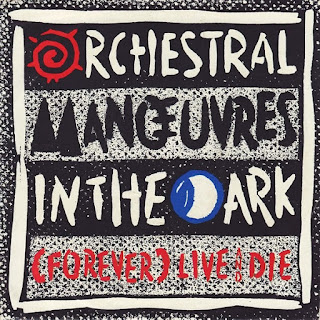 OMD are one of my favourite bands of all time and their singles Discography is very impressive, out of nearly 40 singles released there are only, probably, 3 or 4 of them I dislike, so it was a very difficult choice to pick one 12 Inch Vinyl Single for this feature, “Tesla Girls”, “Secret” and “Dreaming” would all have been worthy of inclusion, but I have gone for the track “(Forever) Live And Die”, a track sung by Paul Humphreys.

I think this is a track that has firmly stood the test of time.

On the vinyl 12 Inch format, the A Side features an Extended Remix by Tom Lord-Alge which has a running time of almost 6 minutes. The B Side featured the 7 Inch version as well as the non album B side “This Town”, OMD have always featured excellent tracks as B Sides and “This Town” is no exception.


An interesting fact is that the original 12 Inch that was to be released and featured an extended mix by John Tokes" Potoker, but was withdrawn as the band didn’t like the mix, a few copies were sold by record shops, so if you have a copy, it is collectable, sadly I wasn’t one of the lucky ones to grab this Vinyl 12 Inch.

The single is taken from the disappointing album “The Pacific Age” and is undoubtedly the best track on the album, it was released in 1986 and reached Number 11 in the UK Singles chart, it also did well in America, reaching Number 19.