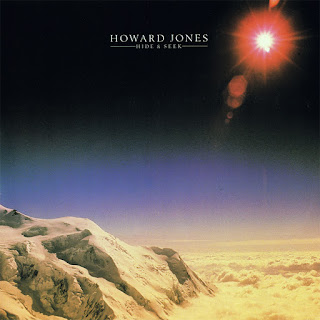 All 4 of the singles released off the album “Human’s Lib” by Howard Jones were excellent, although “What Is Love?” and “Hide And Seek” are my personal favourites. Indeed, it was a difficult decision  which of these tracks would feature in my selection. I decided on “Hide And Seek” as I think it is one of the greatest electronic ballads ever released in the 1980s.

The track was released in February 1984 and was the 3rd single released off Howard’s debut album. The 12 Inch Vinyl version is just wonderful, achingly beautiful and haunting, the pads and strings are devine, making it almost sound ambient, a brilliant song. The 12 inch version is 8 ½ minutes long and it holds your attention throughout. I was disappointed with both the B Sides, “"Tao Te Ching"” and “China Dance”, both very weak tracks by Howards standards, I have probably only ever played those one or twice!

“Hide And Seek” reached Number 12 in the UK Singles Chart, I’m sure with better B Sides it would definitely have made the Top 10.

You will find the Long Version of “Hide And Seek” on the Remastered Edition of the album “Action Replay”, which is available from Amazon here: