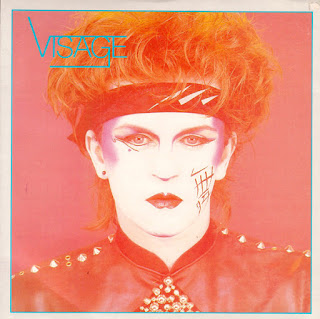 I hated the first Visage single “Tar”, then they released “Fade To Grey”, a key fixture on 80s compilations these days, following that, they released “Mind Of A Toy”, one of my favourite Visage tracks. It was the 4th single, the self titled “Visage” that really blew me away, especially the vinyl 12 Inch Dance Mix, the drums on the track were outstanding, the 12 inch sounded better produced and the mix was miles better than the album version.

Another 12 Inch single I had on heavy rotation in the 80s.

The Dance Mix had a running time of 6 minutes, there was just one track on the B Side of the 12 Inch, which was the disappointing instrumental “Second Steps”

The single “Visage” was released in June 1981 and reached Number 21 in the UK Singles Chart.

The original 12 Inch vinyl of “Visage” can be purchased from Amazon, but it will set you back £17: