We bring to a conclusion our recommended albums of the day here on White Lion Radio, with an album that has recently been released. 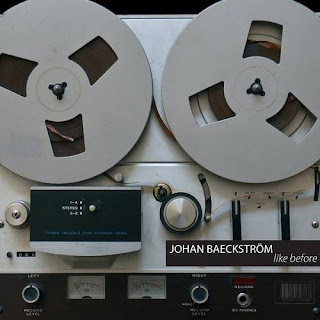 Johan Baeckström is one half of Swedish Synthpop duo Daily Planet, their recent album "Two" was also a recommended album choice and it is a great pleasure to choose Johan's new solo abum "Like Before", which was released earlier this month, as our final recommended album of the day.

As you would expect Vince Clarke's Yazoo influence is evident throughout the album which is synthpop perfection and we especially like the tracks, "Starlights", "Great Unknown", "Come With Me", "Winter Times", "Forever And A day" and "Saturdays In Silesia" (Rational Youth Cover).

If you thought Daily Planet's album "Two" was good" this is as good, if not better, than that album.

Three words of advice......Get this album!