Today's recommended album on White Lion Radio is by German synthpop band Zynic who are from Germany. The album is called "Blindsided" and was released in 2013. 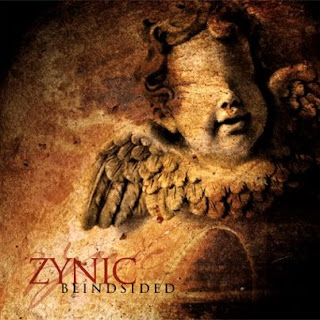 Once again this is pretty much a perfect synthpop album from beginning to end and is a very impressive second album by the band.

The album features the single "Dead End" and to be honest we can pretty much recommend you listen to all the tracks on this album as their are so many highlights, but we will pick the following tracks as the very best on the album, "Escape Artist", "Cardiac Arrest", "Ghost", "Only Human" and "Thanks For Nothing".

You won't be disappointed if you added this album to your Synthpop collection.