Today's recommended album of the day is "The Destiny Room" by Twins Natalia. 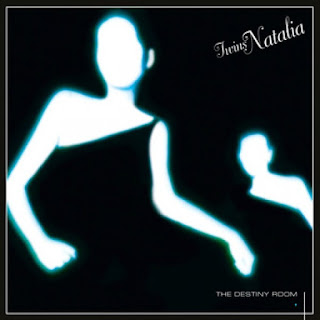 Twins Natalia seem to have been around for years and it is hard to believe their stunning track "When We Were Young" was released in 2008! Their debut album "The Destiny Room" has been worked on since then up to it's release in 2014.

The album has a european feel to it and has a very distinct sound and boasts several top quality synthpop songs aside from the singles "When We Were Young" and "I Avoid Strangers" we also recommend the tracks "Into My Arms", "Don't Fade Away", "Set Love Free" and "Kleiner Satellit".

Another classic electronic album to add to your collection.