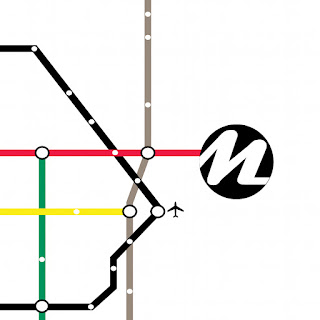 We have given a lot of exposure to their new album "Triadic Ballet" but WLR think you should check out their stunning debut album which was released in 2012. It's called "Mind The Gap" and if you are a fan of Kraftwerk, then you won't be disappointed with this album, which uses the worlds Underground Railway Network as it's concept.

The album includes the excellent single "The Passenger" as well as a host of other fantastic tracks and WLR recommends you listen to "Enjoying The View" (One of our top 3 Metroland tracks), "Inner City Transport", "Travelling", "Harry Beck", "It's More Fun To Commute" and the title track "Mind The Gap". To be honest this is another one of those albums that is flawless from beginning to end.