Todays recommended album, is by American Synthpop band Cosmicity, who have been a well respected band on the electronic music scene for 20 years. 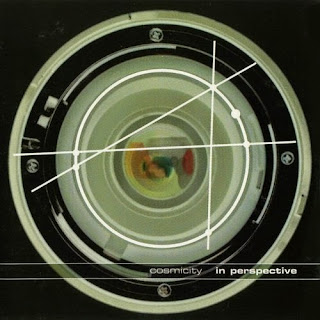 Mark Nicholas the man behind Cosmicity has consistantly delivered quality albums but we have chosen the album "In Perspective", which was released in 1998, it represents Cosmicity's best tracks from the period 1994 to 1996, for WLR, one of his most productive and best periods.

It's an album of so many highlights, including WLR's favourite Cosmicity track "Keep Me In Mind", along with that, the recommended listens are, "Awake", "Egypt", "Maybe", "The Moment" and "Tragedy". A solid album and the perfect introduction to the music of Cosmicity.