The Best Of Times - The Story Of Eurotix (Audio Documentary)

Welcome to "The Best Of Times - The Story Of Eurotix". 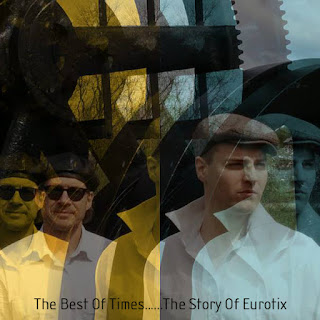 Eurotix are a synthpop duo based in Sweden and formed in 2012 and in this documentary we take you through their journey so far, from their debut single "I Plead Insanity", right up to their new album "Pop".

Their music is both infectious and melodic and on this documentary we feature tracks that have been singles, as well as, tracks from all their album releases.

White Lion Radio would like to thank, both Dennis and Larry for giving their approval for this documentary to be aired.

Listen to the documentary on Mixcloud here

Listen to the documentary on Hearthis.at here

Find out more about Eurotix by visiting their Facebook page:

Here you will find all the links to buy their releases:

The Best Of Times (Single Version)
I Plead Insanity
Life As It Slips Away
After Before, Before After
Let’s Die Young
Are You Strong Enough?
I Don’t Hate You Any More
Tonight
When You Go
Conquer The Universe
My Eyes
Trail Of Broken Hearts
Cold
Hypnotized
To Mars
Posted by White Lion Radio Podcasts at 08:16