Metroland have confirmed more details about their forthcoming album, it is to be called "Men In A Frame" (not to be confused with their new single "Man In A Frame"). The album is expected out around April/May and will be supported by a special event on March 31st in Belguim, more information soon about that. 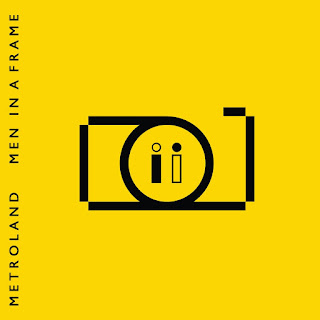 This is what Metroland had to say about the ideas behind the album:

"We cannot wait to reveal you this unique concept and Spartan artwork of the new album and concept.

Read here for yourself, taken from the albums booklet, what we have been working on during the past 2 years:

Have you ever dwelled on the numerous occasions where you became an anonymous ingredient of countless, randomly taken pictures?
Regardless the occasion or location, people tend to participate involuntarily in these momentums, clueless or lacking any grasp on further processing or broadcasting. In the event of such framing, happening to each of us irregular, we set out for a new and unique conceptual venture, cooperating with F-8 (@fotografisch kunstcoöperatief) , a union of 5 professional photographers. The tasks per party were defined, making it so that each of us was stepping out of his or her comfort zone. Each photographer would create 2 never-before-used images and baptize each with an apt title. Per image we would construct the musical incorporating layer, triggered by content or title, or sometimes even both.
Next to that, each F-8 member would abuse us, humble passengers, as models to generate promotional pictures, reflecting the symbioses of Metroland's electronic soundscape combined with a visionary F-8 focus.

Very soon Metroland will release the 'Men In A Frame' album holding 10 superb quirky pictures slathered in the electronic landscape we opted for."

Information will be updated as and when we have it, keep up to date also by visiting their Facebook page.

Metroland have announced details of a special event called "Pictures To Listen To", for the new album...... 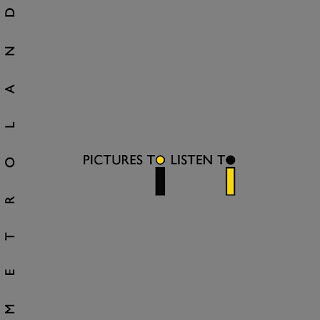 Next to the release of our new album "Men In A Frame", we also want to present you "Pictures To Listen To", destined to become a very unique experience.

To enhance the concept of photography and the fruitful collaboration with the professional photographers of the F-8 Fotografisch Kunstcoöperatief, we will be presenting the entire "Men in a frame" album in avant premiere during a unique vernissage.

This one-time-event will go into history as "Pictures To Listen To".


At the art venue, the 5 members of F-8 will showcase their pictures that were used for the "Men In A Frame" album in a very luxurious style and throughout modern technology the viewer will be able to listen to the songs of the "Men in a frame" album. Important condition is here that everyone brings their smartphone!

That night will turn into an complete aural-visual experience, unique in its kind.
The 'listening viewers' will not only be able to enjoy the photographic works and music, but talk to the photographers and Metroland members as well.

Everyone is free to join and already note that for the vernissage both Metroland and F8 will soon be offering very, very exclusive items in multiple packs, each including special items you do not wish to miss out on.

Soon more details to be revealed, but already keep an eye on "Pictures to listen to"

A further update from Metroland, as they disclose some information about some of the items that will be available as part of the audio/visual presentation for the new album "Men In A Frame".....

"We as Metroland mentioned that unique items will be presented on the night of the vernissage and will already reveal one of the exciting Metroland rarities will be a cd compilation entitled "Pictures to listen to". Created for this exposition only and holding a title song only to be found on this compilation.

F-8 from their part, will offer unique 12inch enlargements of one the 10 pictures selected for the album. A stunning once in a lifetime chance to become a proud owner of a part from this entire concept.

This is just one of the many exciting things to come that night Soon we will put 3 special packages on offer upfront to the night of the exposition."

Metroland have announced further details about their "Pictures To Listen To" Exposition in partnership with Fotografisch Kunstcooperatief, the event is taking place on Saturday 24th March.

This unique audio-visual experience between Metroland and F-8 Fotografisch Kunstcoöperatief presenting both music (via QR codes) and pictures is related to the release of the new Metroland album "Men in a frame", soon to be released on Alfa Matrix.

Plenty of exclusivities will be made available from tomorrow on via the Metroland shop, so don't miss out this one time event!

Metroland have just released the official video for their new single "Man In A Frame", you can watch it here

Metroland have announced that you can now order your special package to pick up at the special Exposition being held on March 24th, as well as a general pre-order, which includes special exclusive extra items.

Go to http://www.metrolandmusic.com/, click the dropbox next to a package and select 'EXPO ONLY' at the bottom of the dropdown! On pre-order, carefully select your postal region in the dropbox to receive you goodies on release of "Men in a frame".

Metroland's brilliant new single "Man In A Frame" is now out, as a 2 track single and also a 3 track remixes EP. Both digital packages are available on Bandcamp via the links below:

Metroland have released a Mega-Mix called "Men In A Mix", which features segments of tracks from their forthcoming album "Men In A Frame", you can listen to the mix via YouTube here

Metroland have confirmed the track listing for their new album "Men In A Frame", in addition we also have a pre-order link for the Digital Edition (which has an exclusive bonus track): 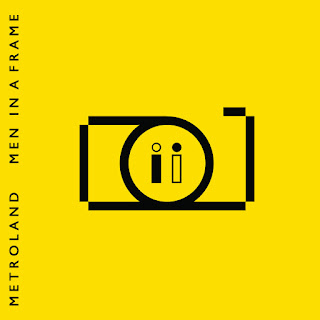 Here is the track listing for the Digital version of the album, which is released on April 20th:

You can now pre-order the album via Bandcamp

We have now added the "Metroland - Men In A Mix" promo clip to our Soundcloud page, which is here
Posted by White Lion Radio Podcasts at 02:56