Fused is a project of UK musician Mark Kendrick, who has been in big demand for remixing tracks for other bands and artists, including, Eric C Powell, Sombre Moon and DarwinMCD, his work is strongly influenced by Depeche Mode and in 2018 he teamed up with vocalist Stephen Newton to record a cover of the Depeche Mode track "Love In Itself", a version that is miles better than Depeche Mode's original version. 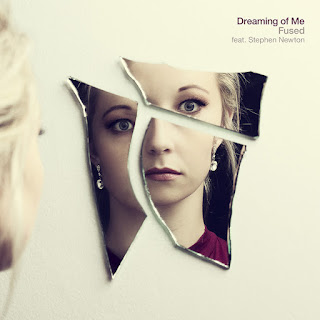 Fused and Stephen Newton have teamed up again and are set to release a new single on May 31st and once again re-work a Depeche Mode track, this time their debut single "Dreaming Of Me" and what a brilliant job they have done, they have modernized the track beyond belief and have given the song a completely new identity, it has a darker edge than the original pop version and even the main lead melody has been given a face lift, quite brilliant.

Depeche Mode never released an extended version, however Fused have, which is a real bonus, labelled the "Combination Mix", which expands on the original mix just like those wonderful 80s 12 Inch Singles. Pure heaven!

The final track on the single is called "Transpose", which is largely instrumental, with some vocal parts, but I was drawn into the sound of this track, a hint of middle east music, similar to what you have heard on Gary Numan's recent output. Indeed this track has more of a Gary Numan influence, the bass-line and rhythm especially shine alongside some excellent sequencer parts, all in all it fits perfectly as part of this release, I really like it, very impressive.

Once again Fused and Stephen Newton have served up a music feast with this release, absolute perfection, fans of electronic music, and Depeche Mode/Gary Numan fans will not be disappointed.