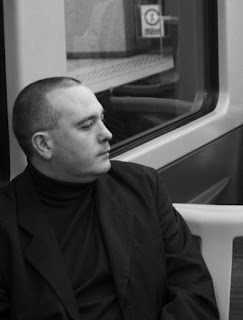 Passenger S discusses the reasons why he has selected these particular tracks.........

There is this lingering bell loop bursting so much energy on top of Andy McCluskey’s vocals, spread all over the song and I consider this another top work of aural art! From the very first second I heard this song until the present day, it is still one of my favourite pieces of music. The (once deleted) extended version rips every part of the song open, building it together again and towards the end it’s like cracking fireworks. Back in ‘83 when I played the record, and it was finished, I just put the needle back on at the beginning of the song, over and over again…this way the 12inch version for me lasted for over 30minutes.

Thank you both Andy and Paul for giving me these fabulous 5’35 minutes, and I have no clue how many times this 12 inch has been played since 1983, but I am sure counting it all up, it would be ‘hours’…

No other synth pop band, have made such a lasting soothing impression as the Greek goddesses Marianthi and Sophie. Ever since they started I have loved every possible album that they have dropped down from heaven! On every album there are highs and lows, as on many other albums by other artists, but when "Inhale" came out and I Played “Secret Place”, this caused a serious meltdown. I cannot describe the beauty of this song, it leaves any other synth pop song, sounding dull, because this track brightens up every bad day.

I reckon not many know, that they invited Andy Bell to sing on this track. For once I am happy he didn’t as this song deserves the divine touch of Marsheaux. It sends Shivers down my spine because the extended version, brings out elements that are not so clear in the regular version.

Komputer - Looking Down On London (Metroland)

A moving composition, a musical meltdown second after second, an ear-gasm…. I cannot begin to describe what this version of the song does to me. The original version is already a massive piece of electronics and this remix takes the listener even further as it is a complete new arrangement. Everything in this remix is perfect, simply perfect, from sound to structure, back and forth. If I ever die, please play this at my funeral, may I take this divine track with me to heaven or hell and may everyone who likes, remember me when they hear this song.

To me, the nicest male voice of a singer is the one from Marc Almond. What always struck me in Soft Cell was the fact how a band with an attitude of “us against the fucking world” did have so much success. The upper gay behavior of Almond and the childish-simple electronics of early Dave Ball resulted in filthy 3 minute songs often telling a complete story about sex, perverts and tons of misery.

This extended version (produced by someone whom I really look up to, Daniel Miller, I often believe Daniel is God that decided to come to earth to bring us ‘electronic music’) has to this day a mystic bass-sequence (and I love bass-sequences). It has this portamento, sliding sound from which I still don’t know if it is a note or an effect, or a programmed pitch (which I doubt, seeing the time and the evolution of synthesizers). Still, the monotone bass sequence, the early rhythm, the sexy voices and the lovely long version is a perfect companion in the car, up goes the volume…

If there is one song that drives me nuts after a good set of beers and get me going on a dance floor, it has got to be this one. Their album Le Peril Jaune is amongst my 10 favourite albums but this track is from their debut EP. Lightweight and frail, but punchy and not a chance you can survive and sit still. This is a song I liken to "Electricity" by OMD, "Just Can’t Get Enough" by Depeche Mode, "Der Mussolini" by DAF or "Love Will Tear Us Apart" by Joy Division, If this track comes on the volume goes up up up and up, so no one can hear me singing along (like a dead cat!)

The most beautiful blend of man and machine (although we need to say woman). This song brings me to tears nearly every time I play it. Listen how Vince carefully starts the song with a light weight sequence, and a kick, next Alison comes in with rather soft vocals but they tend to go louder and louder, higher and higher, stronger and stronger...to finally come to the part where she sings ‘…shuts her eyes and takes the picture from the wall’. And that is the moment were Vince Clarke opens up the gates of electronic heaven.

Vince has crafted many extremely wonderful tunes, but for me, he has never topped this one

Trans Europe Express was the first Kraftwerk album I ever owned. I bought it from a local library for less than 1 Euro in the early 80’s. I was aware of the likes of Yazoo, Depeche Mode and OMD and so the next obvious step was to discover Kraftwerk. When I put on this record it started with "Europe Endless". I cannot describe what happened then. For over 9 minutes I was taken into an entirely different universe, the monotone sound of the intro played by just a few notes passed through a delay effect, so that it sounded like a sequence, the voice sound, unheard before and then the mechanical drums....I couldn't believe my ears!

For years "Trans Europe Express" was the love of my life, the all-time number one album, but as years go by, others come and others go, however, I have kept that feeling, the same warmth, for "Europe Endless", that I had when I first played it.

I always play Krafwerk in German, like it more, therefore “Europa Endloss”.

Known for brutality, this is an early rare track where Douglas McCarthy shows another side of the band, a whirlpool of angst, crying out loud, over 7 minutes of a constant bashing bass line, that sends shivers down my spine, every time I hear it. I Have played this song thousands of time, it's fucking addictive, I know every drum pattern that Bon programmed and every ‘auw’ Douglas spits out.

Few songs breathe such a strange atmosphere that they leave you with goose bumps. This is just one of them. It is in every way a perfect pop song, a perfect melancholic song, a perfect new wave song, perfect melody, perfect… But when you are aware of Ian’s life (check the movie “Control”, masterpiece) nothing seemed perfect about it at all.

This track sucks in just one way, and that is when it comes down to covers. It has been fucked up millions of times, all for the worst, the same can be said of Yazoo’s "Only You". There is no way you can improve songs like this, myths should remain untouched, and this song is a myth.

Elegant Machinery - Is This The Way

We had Depeche Mode ruling the 80s, Marsheaux over the last decade and Elegant Machinery during the 90’s. No other era left me such a gap in musical history as the 90’s, nothing stood out. Luckily there was Robert Enforsen and his chaps and for many years, they were one of the only bands I was aching to hear something new, although there was SPOCK and early Covenant sending hot synth sounds from the North.

Elegant Machinery made an enormous amount of beautiful songs and up to this date, they are still regularly played in my car stereo. I can't get enough of their massive pop songs!

This track was never released as a single although it deserved it to be. It was on their comeback album "A Soft Exchange", released in 2008 and it made a lasting impression (as did the 12inch version of the song "Feel The Silence" and "A Soft Exchange"). Seldom was a come-back album this strong. They have earned their spot in the gallery of great synth-pop bands, and a place in my top-ten!

This is to me the father of all techno tracks, I cannot describe how deep this song just goes, how it builds up the force to unleash it a little later and it bites you like a pitbull. I was never much into true dance music or any deviation but this one is fucking great. It was in the period where music was really something to throw away, the more stupid sounding a song was the more success it had. This was fortunately one of the songs that didn’t follow that trend.

The title says it all for me, I can’t get enough of this track. It may sound cheesy and when looking at the video clip, you can laugh your ass off, but the song itself is another example of how good Vince Clarke is at writing pop songs. I just love the simplicity and the way the sequences get layered, the sound choices (even when having limited equipment).

The Schizo mix for me, is not amongst my favorites (I am after all a sucker for 12 Inche singles), that said I would not call it bad remix, and for that time for sure, a daring piece, but I wish it was a good and long extended version, with all the elements of the song spread out.

Metroland have a new box set called "12 X 12" on May 26th, find out more about it on their Official Homepage: http://www.metrolandmusic.com/
Posted by White Lion Radio Podcasts at 02:39