White Lion Radio have released part 1 of a 2 part Top 50 chart countdown of their all time favourite Synthpop tracks by bands/artists based in Sweden, that are unsigned, signed to a small independent label or that self release their material. 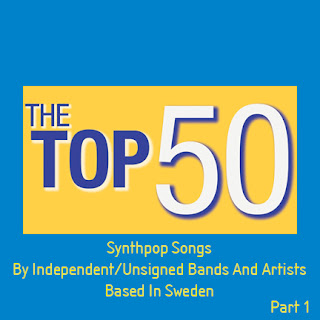 The chart has been compiled from well in excess of 300 tracks in the White Lion Radio vault, confirming Sweden is the best place to be for new and exciting electronic music.

The chart features tracks that have been played on White Lion Radio over the last 6 years or so.

As this is a chart show, no list will be published until both shows have been released, that way people can truly enjoy the full experience of a chart rundown show.

Part 2 of the countdown will be released next Thursday (19th December).

Listen to Part 1 of the countdown on Mixcloud here:

It is also available to listen to on Hearthis.at here:

Enjoy the show :)
Posted by White Lion Radio Podcasts at 02:53